ABOUT 100 YEARS OF RELIABLE SERVICE

Devine Brothers is a family run and operated mechanical construction company, serving Pennsylvania, New Jersey and Delaware for over 100 years.

A company is only as good as the people who work for it, and we are proud to have constructed the finest collection of employees around. We are constantly adapting to changes in the industry and customer preferences; we are dedicated to providing the best products, with the best workmanship, with the best experience possible.

Devine Brothers was founded in the Southwark District of Philadelphia in 1918 by James and Michael Devine, brothers who entered the world of mechanical contracting with little formal education of the business.

Hard nosed and eager, Jim and Mike committed themselves to two things; doing things right and doing things fairly. Jim was the salesman and estimator, bidding jobs for the Catholic Archdiocese, private owners, and in the public works. Mike held down the office, taking care of books, and scheduling manpower. Together, they built Devine Brothers on a reputation of honesty that was renowned in the city of Philadelphia. As a result they were sought out by the city’s larger general contractors, such as McCloskey and McShain; and had emerged as an industry leader, and a company that would take on and complete challenging projects with superb results, such as the Philadelphia Naval Yard Expansion.

As the firm grew, Michael’s son Richard “Dick” Devine, Sr. was learning the trade and upon his graduation from Villanova University with a degree in Engineering, Dick took his place in the family business. He followed his Uncle Jim in the field, and soon became Devine Brothers’ chief estimator, seeking out new business and managing customer relationships. In 1958, the reigns were handed over, when Dick bought the business from his father and uncle and took Devine Brothers into the next era, which included moving the headquarters form Philadelphia to Conshohocken, PA.

With Dick at the helm, Devine Brothers continued to grow, tackling many private and public works projects over the span of nearly 40 years. Respected for his straightforward business sense and his technical knowledge, Dick guaranteed that his company would do the job correctly and on time.

Dick saw Devine Brothers through a large growth spurt, expanding the company’s services to include industrial construction, excavation, refinery piping, and demolition. However, with growth came risk, especially in the late 70’s and early 80’s as the country was in a deep recession. At that point, Dick had to scale his firm back and sold its headquarters in Conshohocken and moved to Havertown, PA. During this time his eldest son, Rich Jr., a Mechanical Engineering graduate from the University of Delaware. With Rich Jr. onboard, Devine Brothers redirected its focus back to mechanical construction projects; Dick & Rich Jr. worked to secure large projects and build new relationships. Together, Dick and Rich took Devine Brothers to a new level of success.

During this time Rich’s brother Ed Devine, a former Lawyer, joined the company in 1996, bringing accounting and legal expertise, he was later appointed as the company’s CFO in 1998. Then in 1997 Rich & Ed’s brother-in-law, Tony Prazenica, joined the company, becoming the Chief Estimator. 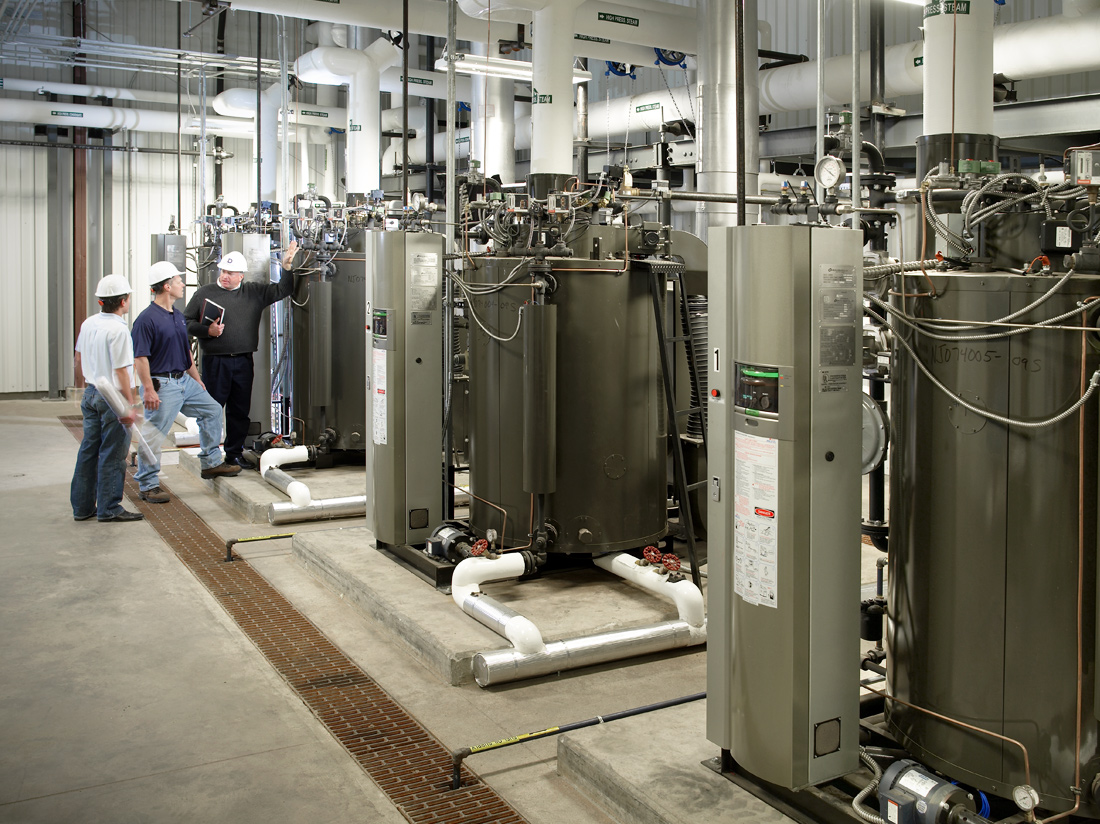 In the 2000’s Devine Brothers had grown by 60%, becoming one of the most complete, premiere mechanical construction companies in the Tri-State area. The service division had obtained on of the industry’s lowest customer turnover rates in the area. The controls division grew to become on of the most diverse and knowledgeable on the East Coast, offering both Johnson Controls (through their sister company Dynamic Controls), & Honeywell control products. During the 2000’s Devine Brothers reputation for their industry knowledge had General Contractors and developers requesting their help in designing or redesigning projects to lower cost and improve efficiency.

However not all was good news at Devine Brothers, where on July 4th, 2000, former CEO Dick Devine passed away from a heart attack at his home in Havertown PA, he was 74.

With the company larger and more successful then ever, Devine Brothers became too big for their current headquarters in Havertown PA, and in 2004 moved to their new 35,000 square foot headquarters in King of Prussia PA. In 2009 Devine Brothers opened a Philadelphia Branch on Grays Avenue. Also in 2009 Rich Devine Jr’s son, Richard “Trey” Devine III; a Business Administration graduate from Cabrini College, as well as a 4th generation Devine; joined the company as a Project Manager, making Devine Brothers “a true family business.”